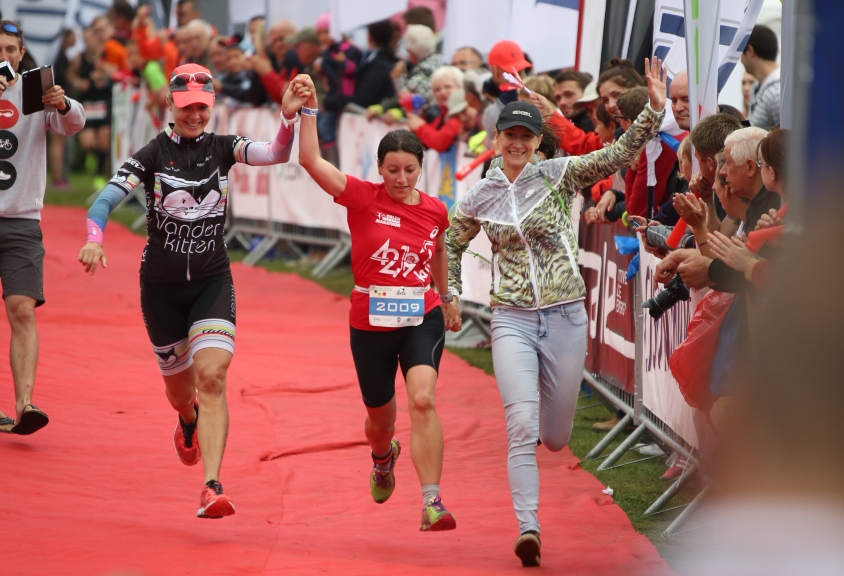 TRI-HEROES HELP FOR A START

The jubilee edition of Prime Food Przechlewo in 2017 will be unique in many respects: the summer term, a charity action for  Childcares Teams in  Czluchow’s region and lots of surprises for Competitors and supporters.  All of  this in an atmosphere of friendship, perfect organization and sportsmanship at the highest level.

Triathlon in Przechlewo is a very  unique event . Tri-heroes can be anyone here who has a passion and willingness to compete. Additional motivation to end the season in the sporting group and compete with the best Competitors. In the recent seasons, we have had the best Polish triathletes (led by Agnieszka Jerzyk, Luke Kalaszczyńskim or Kacper Adam) who  visited Przechlewo. Well-known triathletes names will nit be missed in 2017. The successes of the four previous editions and positive feedback from participants ,motivate the organizers to even more intensive work on the preparation and organization of the jubilee event.

– Based on our past experience and completely new ideas, we want to prepare a perfect competition, which will be an unforgettable experience for participants and seal Przechlewo position on the triathlon map Polish – says Paweł Nowak, CEO of Prime Food and organizer of the event. – In 2016, at the start stood here  over 700 Triheroes and we hope that the jubilee edition there will be as much or even more. It also noted that this year the 5 zł from each entry fee will dedicated to the team at the childcare centers in Czluchow’s region –adds Paweł Nowak.