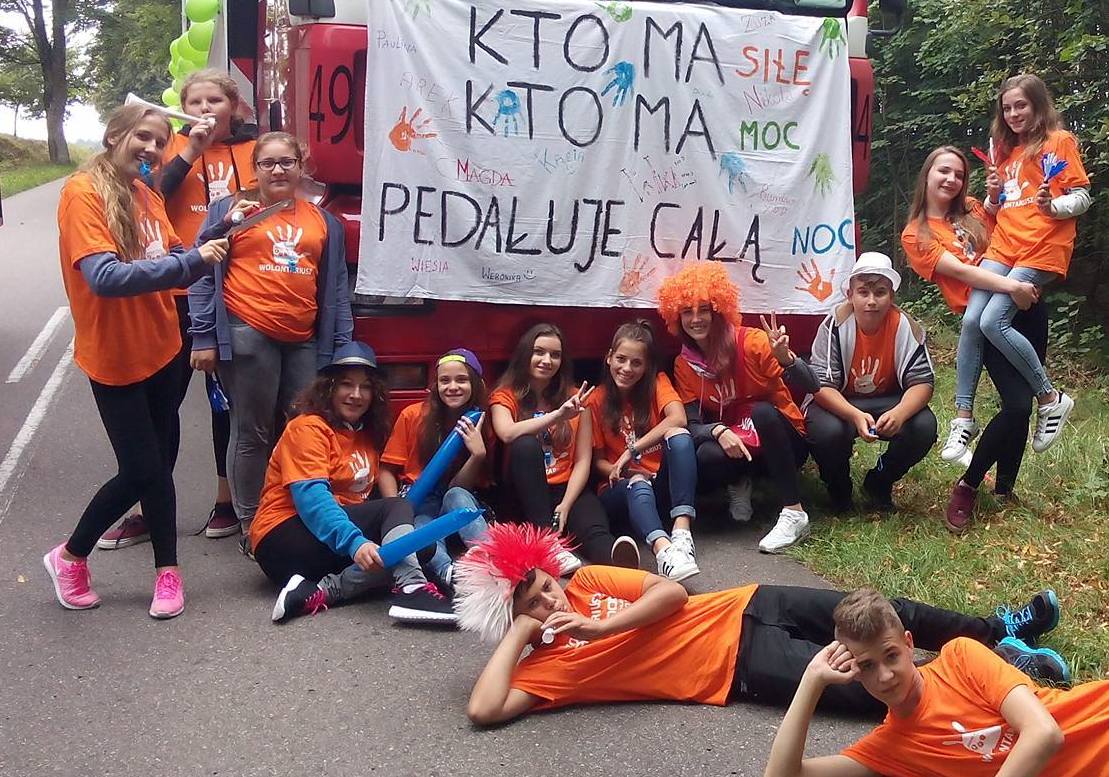 A concert staring, Anni Karwan, Banner and cheering competitions, interesting shows, Mini Triathlon for the little ones – are just some of the outdoor activities that organizers and partners of the jubilee edition Prime Food Triathlon Przechlewo (26-27 August 2017) have prepared. During the event you will not only have a great time, but also you can do some good, Thanks to a Saturday blood donation, which includes registration in the database of potential bone marrow donors, as well as the weekend finale of attractions, from the team of care and education centers of the Człuchowski District).

As Before at the Lake Końskim hundreds of athletes will gather along with loved ones and many triathlon fans. All with the same goal to experience the atmosphere of sports competition, and above all, spend a good time together amongst the unique atmosphere.

Great fun for all!

Some of the most passionate sports fans will be waiting, among others. To see the winners of the contest triathlon “half” (on Saturday) and “quarters” (on Sunday), where they could win a bike. In Przechlewo there will also be competitions for supporters (the louder and more colorful the group, the greater likelihood of winning) as well as a competition for volunteers. Our Junior Football Academy will prepare mini triathlon for the Junior Football Academy. The children will be able to test themselves in three disciplines: fitness, artistic and educational (all in the spirit of enjoyment).

In addition, a performing Clown will assure the smiles, and Zuk Emil will lead a Zumba show. All participants, fans, and local residents will also have the opportunity to listen live to Ani Karwan – finalists of the 7th edition of The Voice of Poland, Also known for the role of Uli in the series “Color of Happiness”. The concert of popular and talented vocalist, composers and songwriters is scheduled for Saturday evening (starting at 20:00, free admission).

– Every year a large number of triathletists, their families and friends come to the competition. There are also fantastic fans from the immediate vicinity and the rest of Poland. We will ensure that every person visiting Przechlewo in the last weekend of August, experiences a weekend of sporting sensations and excellent non-sport entertainment – says Paweł Nowak, CEO of Prime Food and one of the organizers. – Hence the large number of additional attractions, among which everyone, regardless of age, will find something for themselves – he adds.

The Triathlon weekend at Lake Końskie will be built in the EXPO zone, and the new project “You are going to start – Tribohater advises!” During which the contestants will be able to get preliminary tips from the experienced Tribohater. About the well being and relaxation of the runners will also be provided by our partners.

The event will also have a charity dimension. On Saturday, August 26, 2017, there will be blood donation and potential donor bone marrow donors (organized by the Człuchowskie Honorary Blood Donors Association and the DKMS Foundation). Pupils will also prepare surprises from the Team of Care and Education Centers of the Człuchowski District.  Meanwhile, during the sporting competition, ZKS Contra riders will “marshal” all the kilometers as part of the “Our goal of helping, the bike and running competition.”

– Contestants and supporters have often proved that they are willing to share their positive energy with those in need of some extra encouragement. Previously they supported, amongst others things by, Collection of blood, sports equipment for children or visiting the neighborhood children’s home – says Paweł Nowak. – I am sure they will show how big their hearts are this year – both on and off the field. I invite everyone to the Prime Food Triathlon 2017, so they can feel the unique atmosphere that is a hallmark of our event across the country – he adds.

Master our rivalries during the Prime Food Triathlon 2017, individual struggles will be played out over three distances: 112.99 km (so-called “halves”), 56.5 km (“quarters”) and 28.25 km (“sprint”). The relay will compete at a distance of 56.5 km. There will also be Tri Tour Cycling Championships, which will attract Triathlon leaders (among others Kacper Adam). The start and finish of the competition will be located at the Sport and Recreation Center in Przechlewo. The arena of the swimming stage will be located at Końskie Lake, and the cycling and cross country – throughout he picturesque surroundings of our locality.